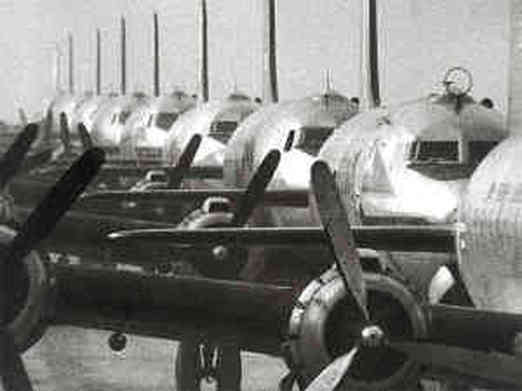 The first battle of the Cold War, and the largest humanitarian campaign the world had ever seen.e Western Allies organized the Berlin Airlift to carry supplies to the people in West Berlin. The recently independent United States Air Force and the United Kingdom'sRoyal Air Force flew over 200,000 flights in one year, providing up to 4700 tons of daily necessities such as fuel and food to the Berliners.Alongside US and British personnel, the airlift involved aircrews from the Royal Australian Air Force, Royal Canadian Air Force, Royal New Zealand Air Force, and South African Air Force:338.

By the spring of 1949, the effort was clearly succeeding and, by April, the airlift was delivering more cargo than had previously been transported into the city by rail. The success of the Berlin Airlift brought embarrassment to the Soviets who had refused to believe it could make a difference. The blockade was lifted in May 1949 and resulted in the creation of two separate German states. The Federal Republic of Germany (West Germany) and the German Democratic Republic (East Germany) split up Berlin. In remembrance of the airlift, three airports in the former western zones of the city served as the primary gateways to Germany for another fifty years.