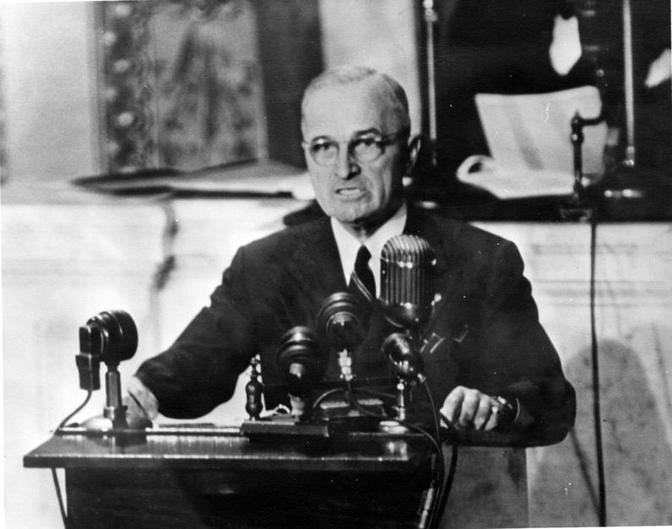 It offered support to those countries that declined communism. I impacted the cold war by long-term consequences, and the relationship between domestic and foreign policy.
Harry S. Truman (May 8, 1884 – December 26, 1972) was the 33rd President of the United States (1945–1953). As President Franklin D. Roosevelt's third vice president and the 34th Vice President of the United States (1945), he succeeded to the presidency on April 12, 1945, when President Roosevelt died less than three months after beginning his unprecedented fourth term.

During World War I, Truman served in combat in France as an artillery officer in his National Guard unit. After the war, he joined the Democratic Party political machine of Tom Pendergast in Kansas City, Missouri. He was elected a county official and in 1934 United States senator. After he had gained national prominence as head of the wartime Truman Committee, Truman replaced vice president Henry A. Wallace as Roosevelt's running mate in 1944. 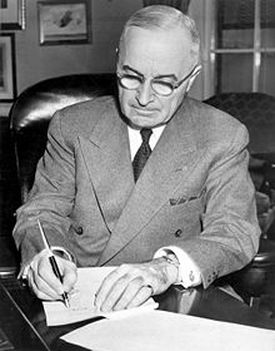