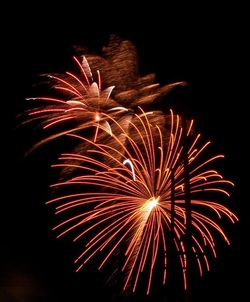 Nationalism is a political ideology that involves a strong identification of a group of individuals with a nation. There are two major perspectives on the origins and basis of nationalism, one is the primordialistperspective that describes nationalism as a reflection of the ancient and perceived evolutionary tendency of humans to organize into distinct grouping based on an affinity of birth; the other is the modernist perspective that describes nationalism as a recent phenomenon that requires the structural conditions of modern society, in order to exist. There are various definitions for what constitutes a nation, however, which leads to several different strands of nationalism. It can be a belief that citizenship in a state should be limited to one ethnic, cultural, religious, or identity group, or that multinationality in a single state should necessarily comprise the right to express and exercise national identity even by minorities.The adoption of national identity in terms of historical development, has commonly been the result of a response by an influential group or groups that is unsatisfied with traditional identities due to inconsistency between their defined social order and the experience of that social order by its members, resulting in a situation of anomie that nationalists seek to resolve.This anomie results in a society or societies reinterpreting identity, retaining elements that are deemed acceptable and removing elements deemed unacceptable, in order to create a unified community.This development may be the result of internal structural issues or the result of resentment by an existing group or groups towards other communities, especially foreign powers that are or are deemed to be controlling them.National flags, national anthems, and other symbols of national identity are commonly considered highly important symbols of the national community. Deep emotions are aroused.