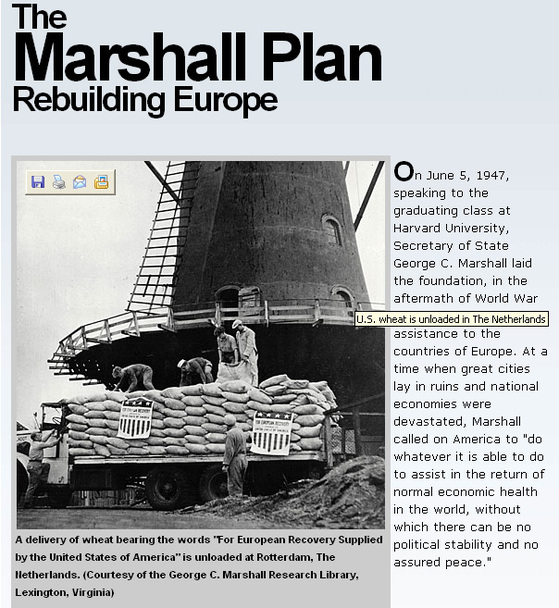 The Marshall plan was an economic aid program to rebuild Europe after ww2
The Marshall Plan achieved its objectives of increasing productivity, stimulating economic growth, and promoting trade. Living standards quickly improved, and the strengthened economic, social, and political structures in participating countries lifted Europe back up to a stable, productive region. It strengthened political stability and contributed to the containment of the spread of communism.
The plan was in operation for four years beginning in April 1948. The goals of the United States were to rebuild a war-devastated region, remove trade barriers, modernize industry, and make Europe prosperous again. The initiative was named after Secretary of State George Marshall. The plan had bipartisan support in Washington, where the Republicans controlled Congress and the Democrats controlled the White House. The Plan was largely the creation of State Department officials, especially William L. Clayton and George F. Kennan. Marshall spoke of urgent need to help the European recovery in his address at Harvard University in June 1947. 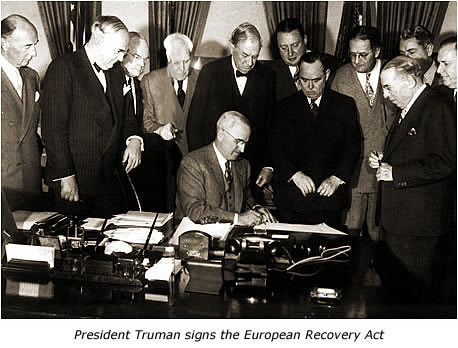