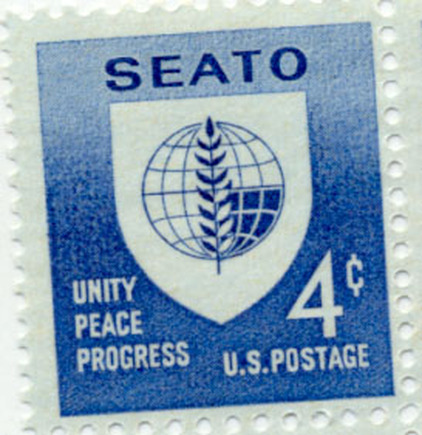 The purpose of SEATO was to help ensure stability to South East Asia and stop the spread of communism to the area.The purpose of the organization was to prevent communism from gaining ground in the region.


MEMBERS OF THE SEATO:
Australia

The South East Asia Treaty Organization (SEATO) was an international organization for collective defense in Southeast Asia created by the Southeast Asia Collective Defense Treaty, or Manila Pact, signed in September 1954 in Manila, Philippines. The formal institution of SEATO was established on 19 February 1955 at a meeting of treaty partners in Bangkok, Thailand. The organization's headquarters were also located in Bangkok.

Primarily created to block further communist gains in Southeast Asia, SEATO is generally considered a failure because internal conflict and dispute hindered general use of the SEATO military; however, SEATO-funded cultural and educational programs left long-standing effects in Southeast Asia. SEATO was dissolved on 30 June 1977 after multiple members lost interest and withdrew.